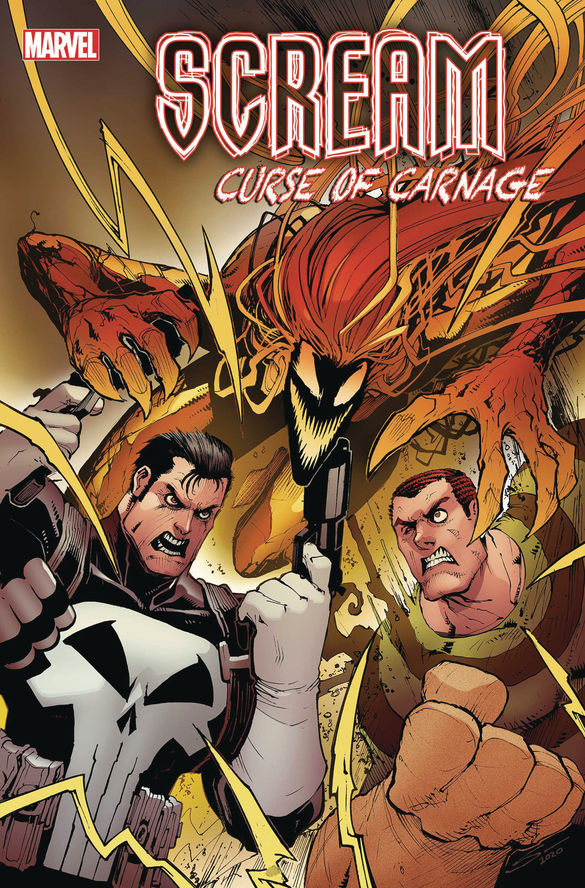 SUFFER THE CHILDREN Starts Here! •  With Eddie Brock still missing, Andi Benton and SCREAM are the only symbiotic heroes in New York - and have managed to get themselves caught in the middle of a brutal conflict involving some of the city's deadliest vigilantes thanks to writer CLAY McLEOD CHAPMAN, joined by symbiote superstar GERARDO SANDOVAL! •  But as the heroes and villains of the Marvel Universe have their same familiar squabbles, Andi - and Andi alone - sees something else: a familiar evil from ABSOLUTE CARNAGE rearing her ugly head at the periphery of New York and targeting the city's most vulnerable. •  And while the looming threat of symbiote dragons may be sated, Andi still hasn't quite processed her otherworldly visions of spirals and a king draped in armor... Rated T 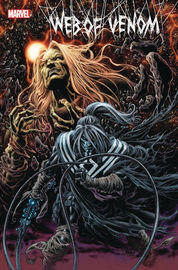 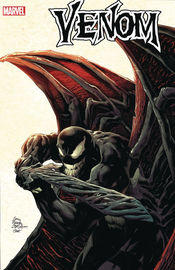